After arriving in Thailand.

It is the same problem in any country as the first barrier in front of you …
How to get to the city !?!?

This time we are traveling for the second time in Thailand,And…

It was a family trip with parents in law !!

I have to get to the hotel in a friendly and smailing by taxi!

Soon after arriving in Thailand!

I was fighting with a taxi driver! omg…

I would like to talk while including such things

・ How to use a taxi at Suvarnabhumi Airport
・ What is a negotiated taxi (The reason why I fight is here!)
・How much is the price of a taxi from the airport to the city hotel

If you are going to Thailand now, and you would like to use a taxi…

Please sit there and let’s watch them !!

at Suvarnabhumi Airport
How to take a TAXI

At first, it is how to take a taxi!

How to take a taxi at Suvarnabhumi Airport is a bit different but very easy!

Just take a ticket at the ticketing machine and take a taxi the same number as your ticket one!

Then I will explain it with the photo!

Airport to the Bangkok Hotel
Transportation by Car

By the way, here is the type of transportation from the airport to the city by car.

You can take the above methods, 【Company taxi】 and 【Private taxi】!

When going from the airport to the city, it seems that there are many cases where the company taxi also has a 【negotiation system】. (Most do not turn on the meter)

So take a look at what a negotiated taxi, and why we were fight!

How to take a taxi

①Exit”7″ on the 1st floor of Suvarnabhumi Airport

First of all, after immigration, when you are ready to pick up your luggage, go down to the first floor with a long escalator!

Take Exit 7 on the ground floor of Suvarnabhumi Airport.

②Choose the size of the taxi

On the right side of the exit, there is a taxi ticketing machine.

As you can see, the left lane is one box type (4-5 people) and the middle is the normal type (3 people). Choose one and proceed.

When you arrive at this ticketing machine, press “GET CLICK!”

Then the paper with the number will be drawn out from below, so please check the number!

When you press the screen button, the numbered paper will come out from the bottom, so please check the number!

⑤Take a taxi with the same ticket number

Take a taxi with the number written on the paper!

The above is how to take a taxi!

If the car is not waiting at the number.

This was experienced by us…There is a case, the taxi is not waiting for the number.

In that case, please issue again at the ticketing machine!

In the case of me, I took the same number as the first, and next time finally I got a different number!!

How long does it take
Airport ⇔ Bangkok City

It takes about 45 minutes from Suvarnabhumi Airport to the city.

It was around 7 a.m. when I arrived, and the road was a heavy traffic jam, but, It arrived at that time

It’s already too late when I get in on the taxi from the airport without thinking.

I noticed… The meter is off…!

At that time, the local taxi driver said. 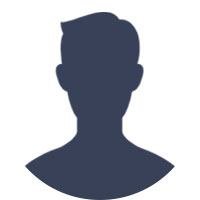 It is 700B because we use highway, right?

What do you do when you are told a price higher than the price you checked?

Thailand guide map says “The price of the taxi is approximately 350B ($11)”…  he said was the double price!!

What came out of my mouth is…

It is scary to get used to foreign countries, and I told the driver as if I was not myself..

But the taxi driver makes a wry smile and said…

Then I was angry that I said,

Alright, go back to the airport. I’ll use another taxi.

By the way, I went back to the airport like that, but the driver complains to me.

Most of the time I couldn’t understand him English but I understand.

Even a different taxi can not afford 300B!!

That’s why I felt different

I thought this was not ripoff and it was real price..??

Well, then how much other taxis are?

When I heard that, the driver said while thinking a little.

He added that when I said back.

I don’t know the correct answer anymore, but I thought it was okay cuz it’s trouble…

And I added in a word not apologizing…

In this way, this Thailand trip has begun!!

While we driving, I was thinking about…

“I’ll call the police and Hotel man If you change the price after arrive or you’ll cook up a bill.”

Surprisingly, the taxi arrived at the hotel property, I paid 1000B and he gave me 400B.

Well, you may be wondering how much it was…??

So I asked hotel stuff on the way to the room

Tell me the price of a taxi from the airport to the city hotel ??

Then she told me…

From the airport to the city

I wonder if you understand…

How much did you get on?

She told me with smiling, so I say…

Then she makes more smile,

I was sleeping in the taxi because I didn’t sleep on the airplane at all, but my parents-in-law said, “The taxi driver showed you a smartphone and said…

But I didn’t notice at all.

In other words, Negotiation taxi market prices seem not wrong with the above price！

I got a taxi call when I went to the airport from the hotel, At that time, the one box taxi was fixed at 700 baht.

After all, we did too much at the taxi(airport to hotel).

How to get a taxi better
“Please put on the meter!”

After examining, it seems that there is also a taxi that responds when saying “Turn on the meter!”

In the case of the meter system, it seems to be the price (about 350B).

But in that case, there seems to be a rule,

So it will cost around 400 baht even with a meter system!

Airport to the Bangkok Hotel
Other Transportation by Car

If you prefer to use a car from the airport to the city hotel instead of a train, there are three other alternatives besides taxis.

Unfortunately there was no uber in Thailand.  But instead of it, there is a【Grab】.

If you use this, you can go to a city hotel for the price of a meter taxi even if you use the highway!
※However, it seems that the price may be doubled depending on the time zone.

To use it, it is necessary to satisfy two conditions.

★Requirements for using Grab
① Have an internet environment
② Can speak simple English maybe you do!

You will need to have an internet environment because you will be dispatching using the app.

Also, when picking up at the site, sometimes exchange information such as “what kind of clothes you wear” in English.

If you can meet these conditions, I recommend using Grab rather than taxi! 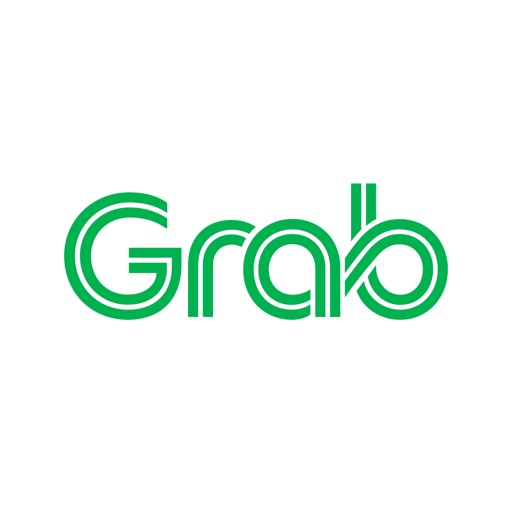 AOT is a limousine service at the airport.

There is a counter on the arrival lobby floor where you can book transfers to and from your city hotel.

The price is ▲ like this, it depends on the Car model、The cheapest is【ISUZU】!

It’s nice to be able to easily use a pick-up service at airport!

This is a Transfer service that you can book in advance with a local tour company.

It’s relief because you can use credits in advance.

When you arrive at the airport, a driver will be waiting with a placard with your name on, and you’ll be sent to the city hotel.

I used this service because it was from Don Mueang Airport during my first trip to Thailand. It was quite comfortable!

That’s all for moving from the airport to Bangkok!

Last but not least…

Prices are rising year by year even in south Asia. It may be important not to believe too much information on the net!

In Malaysia, it was much higher than the price of a taxi that I thought like that case…

Ripoff is hateful, but anybody doesn’t want to feel bad !!

I want to get a taxi as cheap as possible, but if I want to get it done cheaply, there is also a train. It cost less than 100Bath.

You can ride more comfortably, there is AOT (limousine service),  but it will cost more than 1200B .

Thai restaurant prices are not changing much with Japan, I think so, 6 to 700B of a taxi is reasonable.

It was like this as of May 2019, If you travel in Thailand, please enjoy it!!