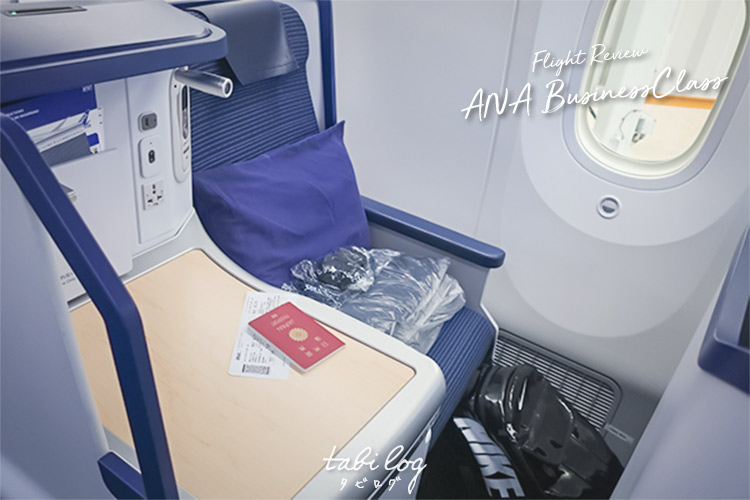 I got on the ANA BUSINESS CLASS for the first time!!!!

I used it Japan(Narita national airport) to Mumbai(Chhatrapati Shivaji International Airport) about 8hours flight in round trip!!

It was different from everything’s Economy and Business …

I try to write down here I’ll not forget it !!

There is no door but It’s like a semi-private room.

It couldn’t see the next parson’s face at all when I sit down.

And there is too far the next seat.

I was enjoying my time and my space while flight.

It’s a bigger seat & foot space than the Economy !!

Screen also bigger than the Economy !!

The screen is quite big!!

It’s nearly twice as large as the Economy’s one.

Many buttons in the chair.

The economy can only recline a chair…BUT!!

The business chair can move before and after and recline until 180°, also It has an airbag on the waist part !!

I never got tired even if I flight 8hours!!!!

I was able to choose a Japanese style or western(french) style !!

Plus Western style has a 2main dish, so I could choose more I wanted one.

I was able to eat bread anytime I want,

FA here I drink order so many times (more than necessary!!).

I couldn’t be thinking that there is on an airplane!!

At first, FA gave me a hot wet towel and put a table cloth and cutlery on my table.

This route flight has CHAMPAGNE !! (Other route flight often not being prepared on it. Usually on sparkling wine.)

BUT unfortunately, I can’t drink alcohol…!!

Amuse tasted bit salty, but I supposed to super much with champagne!!

So beautiful dish!! Plus it was delicious !!

FA put on hot two pieces of bread on a side dish, and heard me about do I use olive oil.

Outwardway  I chose a Chicken stake and Homewardway I chose a beef stake !!

It was really heavy(mean large meal), I got quite full !! And so delicious !!

FA brought the dessert wagon and tree type of desserts on it.

I chose a September only cake !!

FA heard me ”  Would you some light food like ramen??” at one hour before arrival.

At just noon, I had it instead of dinner.

Other light food is an Assorted cheese, Mix nuts, Soup, on it.

We were able to choose a drink in Economy class too.

But Business’s one is over twice as kind of drink as the Economy’s one !!

After waked up, I drunk hot Chai or Houji-tea.

It was the same flow of meal go and return,but It was different from meal contents !!

Also It was different in Amenity in Business and Economy.

Slippers set is okay if we bring out.

The cute bears are mine !!

I bought them for an outward way on the flight.

It can buy the only airplane!! ANA flight bear !!

FA heard me “would you like some Amenity??” and show me a basket in Amenity.

Toothbrush or Eyemusk or other items in it.

If you’ll miss it at this time, It’s okay because…

Put on the restroom them!!

Toothbrush, Mouthwash, Face&Bodysheet on it.

As you can see, ANA’s business class was great !!

I’m thinking about it depends on FA that the flight is great or bad.

How about ANA’s FA was, definitely PERFECT !!

The charge FA greeted and little talked after boarding.

And then, she was bringing some welcome drink. ( I could choose which more I want.)

Japanese FA is studied about service perfectly in school,

feels so good when gave me their service.

Or when I was watching Dutty free item book, ” Could I take somethings?? “.

They were always caring about me.

Pleasant happening is FA greeted with my name when I getting off, like

It’s a trifle, but those words stuck with me.

How was it ?? This is the ANA Business class !!

Recently I’ve been on LCC only after all ANA was perfect !!

I want to on an ANA Business class again.

And if possible… I want to on a Fast class sometime !!!!

Everyone, let’s come to Japan on ANA 〜!!